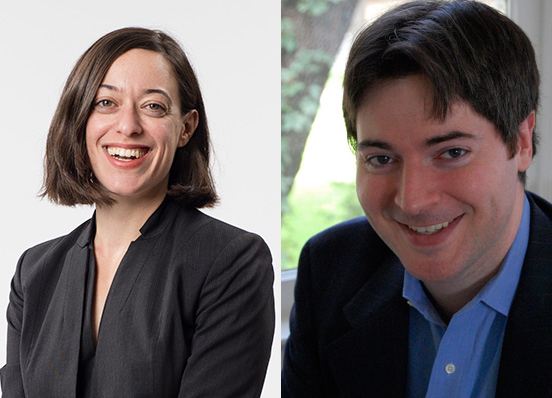 Hannah Bloch-Wehba is an assistant professor of law at Drexel University’s Kline School of Law. Her scholarship examines “the intersection of civil liberties and cyber issues in the law, focusing on free expression, privacy and government accountability.”

Bloch-Wehba also taught at Yale Law School, where she was a clinical lecturer-in-law, research scholar and Stanton Foundation First Amendment Fellow. While at Yale, she co-taught in the Media Freedom & Information Access Clinic, where she supervised students in litigating cases involving First Amendment and freedom of information issues tied to electronic surveillance under the Foreign Intelligence Surveillance Act and Executive Order 12,333, among other matters.

Her articles have appeared in journals including Washington Law Review, Fordham Law Review and Brooklyn Journal of International Law.

Before entering academia, she worked as a Stanton Foundation National Security Fellow for the Reporters Committee for Freedom of the Press in Washington, D.C. She also practiced at Baker Botts LLP in Houston.

She received her JD from New York University School of Law, where she served as senior articles editor for the Journal of International Law and Politics.

Brendan S. Maher is the Connecticut Mutual Professor of Law and and the director of the independently-endowed Insurance Law Center at UConn School of Law. He is the faculty advisor for the peer-reviewed Connecticut Insurance Law Journal and a nationally-recognized expert in the regulation of insurance, pensions and health care. A leading authority on the meaning of both ERISA and the Affordable Care Act, Maher also teaches and studies procedural and evidentiary aspects of civil litigation in federal courts.

He regularly appears before the United States Supreme Court to litigate cases involving employee benefits, preemption and procedure. Maher is often consulted by states, medical providers and employee organizations as to the applicability of federal law to their activities.

A graduate of Stanford University and Harvard Law School, he is licensed to practice in several state and federal courts, including the U.S. Supreme Court.